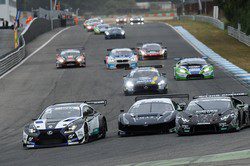 The Portuguese round of the Championship saw a healthy grid of cars and high level of competition. The FF Corse entry was the fastest Ferrari during most sessions, including during race 1 and the second qualifying session. Unfortunately race 1 was disrupted when Ivor Dunbar had to take to the gravel in avoidance of a spinning car early in the race. He recovered well and put in a good stint before handing over to Johnny, who set a good pace in the second stint, but was unable to catch the leaders.

In the second race, the driver pairing rose from 12th on the grid to run as high as second place before the pit stops. The strong first stint from Johnny saw a daring move at the start in which he passed 6 cars before the end of the first corner. The car resumed from the pit stops in 5th position, before a tricky stint and an unfortunate spin dropped the car down the order. All in all a good debut showing from the British drive pairing, but for sure there is more to come. Watch this space…… 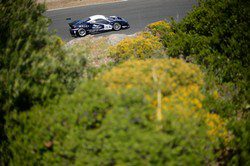 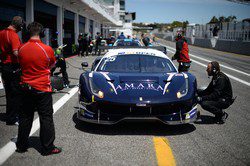 More photos from this event can be found on our website gallery page by clicking here.