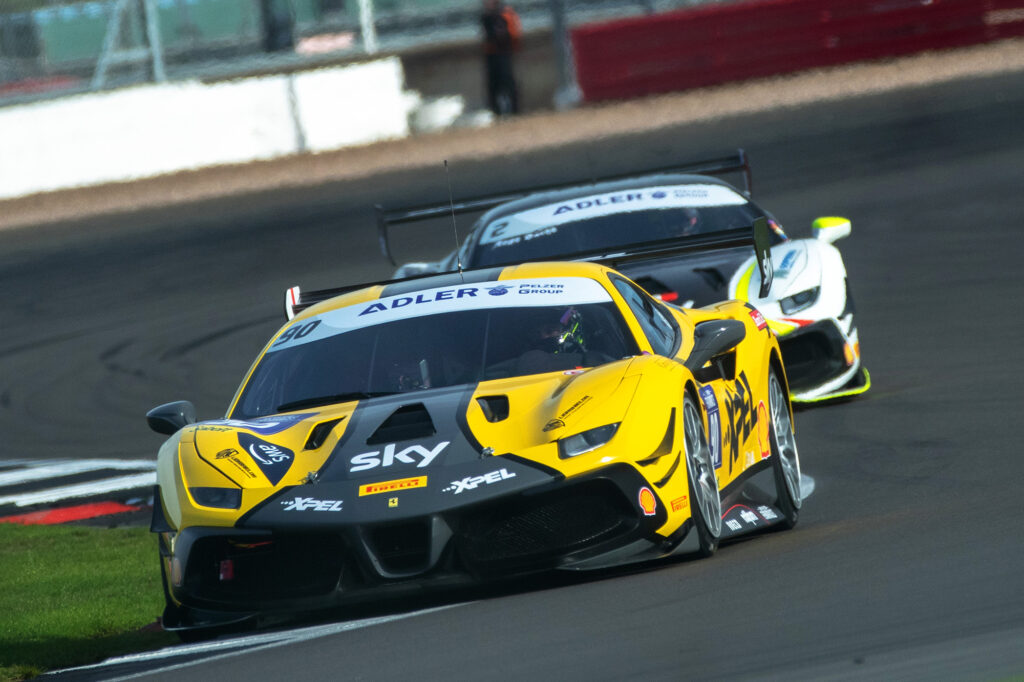 The Ferrari Challenge Europe Championship is exclusive to 488 Challenge Evo cars, making for a competitive series with teams and drivers entering from all over Europe. As the circuits change each year, it is a rare occasion that it comes to our home circuit, Silverstone, having last raced here in 2018.

Our driver Jack Brown, supported by Xpel Ltd, have previously competed in Ferrari Challenge but not since 2019 having spent some time in a BMW GT4 in the British GT Championship. Keen to make a return with the FF Corse team, a late entry gave us just one day of testing prior to the race, in what was the heatwave we will all remember. A successful shakedown of car and driver, but due to the heat, not demonstrative of our potential pace.

As the myriad of Ferrari structures are built around us, we start the Friday test and Jack is immediately showing good pace finishing third fastest of his class, Pirelli Trofeo AM, although scuppered by a red flag mid-session resulting in the session not restarting. Later that day, Jack is out again putting in good times until a power steering issue ended our session early. No quick fix, the team set to work replacing the entire power steering system overnight. Interestingly, cars either side of us in the garage were conducting the same repair! 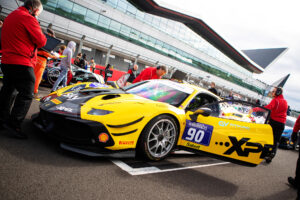 Come Saturday morning, the car is setup and given a clean bill of health, ahead of morning qualifying and race later in the afternoon. With some small setup changes made and pointers from our team, we sent Jack out for his first qualifying session. We know Jack has the raw pace but would his very limited time in the car be enough to ensure a good result? No need for concern as early in the session, Jack goes P1 in class and fifth overall, over a second clear of the next car in class. Technical Manager for FF Corse Jason Cull makes the decision to bring Jack in and save the tyres having surely done enough to secure pole. As the session end, Jack remains P1 – a perfect result and stellar performance by Jack and the team.

Just a few hours later, its race one of the weekend. As the car rolls onto the grid, we are confident of retaining P1 one in class and hopeful Jack may even be able to pick up an overall podium. It’s a rolling race start and as the car head over the line, Jack gets boxed in and drops to P2. Jack keeps a steady pace and consistently closes the gap but is sadly runs out of time and as the flag drops, finishes P2 just 8 tenths of a second behind the leader. Perhaps not what we had hoped for but a very strong result on Jack’s first weekend back. The car is again prepared by the team, setup and tucked in the for the night ahead of race two.

Sunday repeats the same format, morning qualifying and afternoon race. Qualifying sees Jack put in a steady performance to save his tyres for the race, hoping to push hard to the front, qualifying him sixth overall and P3 in class. With fresh tyres, the car well setup and hungry for a good result, the car again rolls out for the second and final race of the weekend. As Jack conducts his lap to the grid, he immediately radios into the team, “Down on power. Down on power…”. The team rush to the grid but with only minutes to spare, we are forced to push the car off the grid and miss the race start. A heart-breaking moment for all and once back in the garage, it is evident that is where our weekend ends as the issue is diagnosed as a turbo failure, not something we could have foreseen or repaired in time to get back into the race.

A tough way to end the weekend but we are all pleased with Saturday’s result which shows great promise for future rounds of Ferrari European Challenge. It was great to have Jack back racing with FF Corse and thanks to Xpel Ltd for their support. 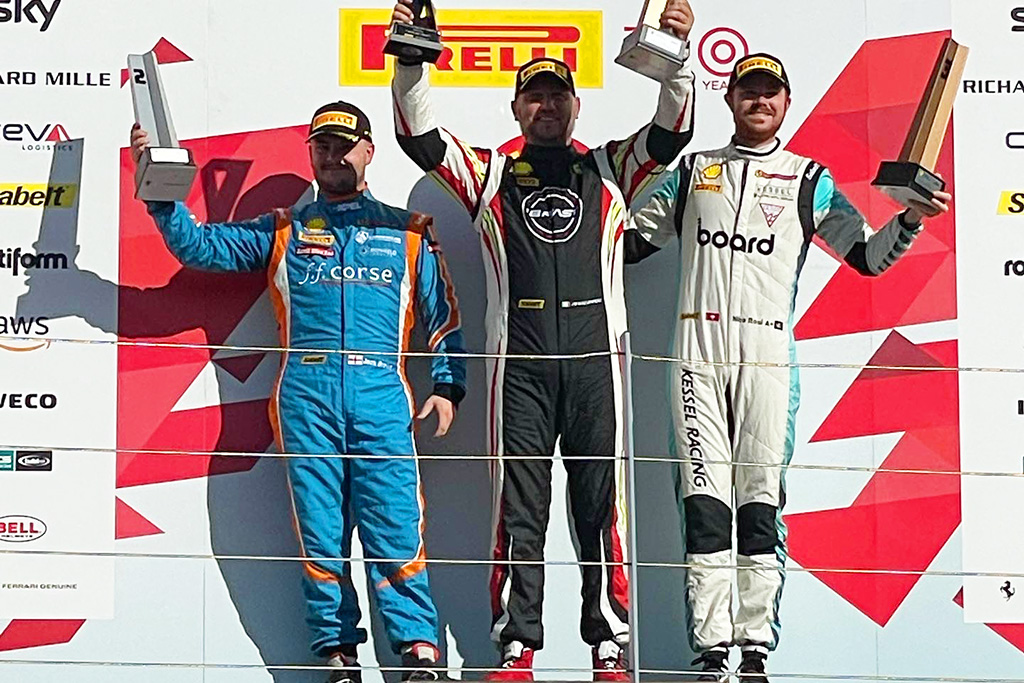